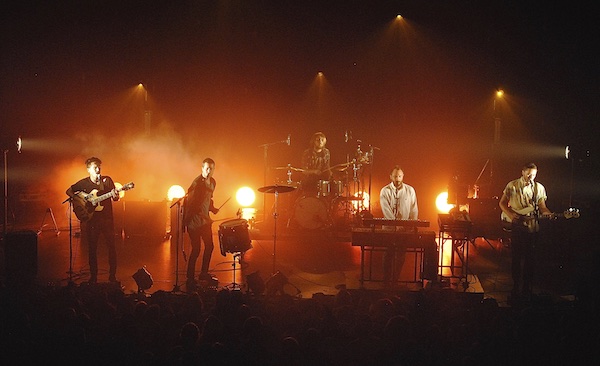 Maybe you’ve noticed that some of the biggest songs on the radio in recent years have dealt with themes of depression, anxiety, suicide, and other aspects of mental health. Or maybe you saw Lady Gaga‘s 2019 speech at the Grammy Awards in which she mentioned, perhaps unsurprisingly, that many artists deal with mental health issues.

A year later, Billie Eilish continued the discussion of her music and mental health when, after winning 6 Grammys, she and her collaborator-brother Finneas acknowledged that they tend to write songs “about depression and suicidal thoughts.”

These developments are merely the latest iteration of an increasingly mainstream evolution towards mental health awareness in American culture. But while the origins of this movement are hard to pinpoint, the connection between music and mental health has become overtly pronounced in pop culture– a trend that shows no sign of stopping anytime soon.

Last year, the rapper Logic’s hit single “1-800-273-8255“– a song whose title is the number of a suicide prevention hotline– was an interesting manifestation of a long-held, intuitive belief that music can be a vehicle to save lives.

In an era of political and social turmoil, this is an interesting prospect. Teen suicide rates are at an all-time high, having reached a 40-year peak in 2015 after previously being on the decline since a spike in the early 90’s– an era when bands like Nirvana, Hole, and Soundgarden burst onto the scene with music that achieved catharsis through what was essentially yelling.

If grunge music emphasized the loneliness and feelings of isolation that often come bundled with young adulthood, it soon became the defining sound of the decade, embodying an ethos that remains appealing to angsty teenagers and music lovers to this day.

Music and Mental Health: The Emergence of a New Sound

But in the present era, the typical “sound” we associate with cathartic anthems is much more gentle. Instead of shouting into the void in agony or disguising pain in metaphors like Nirvana and many of their alt-rock contemporaries did in ’90s, in the era of Trump’s Twitter account we’re seeing Selena Gomez don a medical bracelet while Justin Bieber sings “Life is worth living” in a tender falsetto.

In the last year alone, Logic has rap-sung about “feeling out of his mind”; Julia Michaels has offered a lilting manifesto about her “Issues”; Kehlani has crooned about how “it’s okay to not be okay”; and one of the most played songs of the last year was about being insecure and caring what people think.

One of the most successful songs on Ariana Grande’s now-ubiquitous summer album, Sweetener, was a song called “breathin”— a ballad that issued a clarion call to “just keep breathin'” when times get rough. Another song from the same album, “get well soon”, addresses the singer’s struggle with anxiety directly.

“They say my system is overloaded/ I’m too much in my head, did you notice?” Grande sings in her signature soprano during the song’s opening credo. “My life is so controlled by the what if’s/ Is there anybody else whose mind does this?”

Part of this thematic emergence of mental-health-as-pop-fodder likely has to do with the normalizing of mental health issues in culture writ large; it’s an aspect of wellness that is no longer tertiary to the mainstream. Pop music’s embrace of neuroses in the 2010s has become what apathy was to grunge in the 1990s.

Another interesting development in the emergence of this new sound is the yearning for belonging that is now a defining sentiment on pop and indie radio. As Alan Turry, the Managing Director of the Center for Music Therapy at NYU Steinhardt, points out, this era of more melodic music “is trying to draw people in, whereas percussive music is about pushing people out.” This observation harkens to a larger sense of shared isolation, and an amorphous longing for community that has defined much of the social media era.

In this spirit, Turry practices the Nordoff-Robbins technique, an approach to music therapy that “emphasizes the clinical benefits of an unfolding creative process,” which Turry says can “harness the energy generated by anxiety into a self-affirming experience.”

In music therapy, patient and therapist meet to co-create a piece of music together– a process that helps the subject learn to articulate themselves through the art of music-making. A session can also be as simple as a patient bringing in a song for them to talk about in therapy. “It really just depends on where the person is at,” says Turry.

As mental health resources for musicians and music therapy interventions like those Turry practices become more widespread, so has knowledge of music’s healing benefits.

Sound baths have emerged at yoga and meditation studios across the country, as certain rhythms have been shown to shift the brain into a more introspective state, which in turn induces a feeling of wellbeing. Many people also listen to calming music when they are anxious or in a stressful situation, as on a flight.

Sports psychologists have long used music to consciously manipulate mental states. Music with faster beats-per-minute (or BPMs) stimulates the release of endorphins that enhance athletic performance. Conversely, music with fewer BPMs can calm nerves before competition. (This is why fitness instructors play uptempo music in their classes and transition to slow ballads for stretching. It’s also the reason why seemingly every spa plays atmospheric, nature-inspired instrumentals in the background of their treatment rooms.)

The codification of “mood music” in culture reaffirms music’s capacity to improve mental status in everyday life. If mental health awareness has become a defining principle of pop music today, it’s one that plays an increasingly literal role in lyrics and album titles. (Father John Misty’s “Please Don’t Die” and Kanye West’s Ye album cover, which says I Hate Being Bi-Polar It’s Awesome, both come to mind. So does James Blake’s Assume Form, which concerns the artist’s battle with depression.)

Andrew M. Lane, PhD, is a professor of Sport and Exercise Psychology at the University of Wolverhampton who studies emotional regulation and mood with respect to exercise. He’s conducted extensive research on music’s capacity to influence mood, including a 2011 study on the Effects of Music Interventions on Emotional States and Running Performance in the Journal of Sports Science and Medicine.

“We know that people self-regulate their emotions, and we know that listening to music is one of these self-regulatory strategies,” Lane explains of what is perhaps an obvious conclusion about music and mental health. “But what we don’t yet do is encourage people to get better at using music.”

Lane works with what we now refer to as the Mood Music Regulation Scale, which is based on the goal of ascertaining how good athletes are at using music to change or modify their emotions.

“When [the subjects] go into any period where they are trying to change their mood by listening to music, if they have a high degree of expectancy they are likely to try a bit harder,” he explains, somewhat addressing the placebo effect that can come into play when measuring the effect of music on sport performance. “This gives you a baseline to start with– a standardized score.”

With similar self-awareness, Lane says, one could play relaxing music on a flight to help calm oneself from nervousness. You could do the same in any other intense situation, as well.

This is because music plays a direct role in a phenomenon of “affect regulation” or “emotional regulation,” which is our brain’s capacity to regulate how we think and feel in response to our environment. [Editor’s Note: You can listen to what has been described as “The Most Relaxing Song in the World” in our Comprehensive Guide to Anxiety Relief.]

“One reason why music might be effective is because of our preconditioning to associate songs with feelings,” Lane says. “We connect to the lyrics of the music that we like. This is why Eminem songs like ‘Lose Yourself’ are quite powerful in athletics, because they are quite direct in their actions, and the rhythm is very forceful.”

In the same way, music in the minor scale tends to suggest sadness. Rising pitches tend to have a religious or transcendent quality, which is a defining aspect of Logic’s suicide-themed ballad, “1-800…” (the first song linked in this article).

“Culture is a form of social learning, so it’s not too surprising that if all the people in your social group are listening to a certain song, you’re likely to have a collective groupthink that will resonate with you,” says Lane.

Accordingly, age, gender, nationality, and social circumstance all inform a person’s musical preferences, which is why music can’t be “prescribed” by a therapist; we need to intrinsically connect with it.

Practice with Your Playlist

So when it comes to music and self-care, “is it as simple as knowing yourself and predicting how you are going to feel, and then matching that emotional state with songs that you know will induce your target mood?” I ask.

“Yes– and testing it out beforehand and practicing with it,” Lane responds, in one of our conversation’s key revelations.

“You have a lot of interventions that you’re already using and you just don’t know about them,” he explains. “You listen to music to cheer yourself up quite often. But you don’t systematically play the music that cheers you up when you’re not feeling very happy.”

“Or, you don’t anticipate when you’re likely to be in a bad mood, and plan music accordingly,” he elaborates. “The environment for sports competition is good for this exploration since athletes do want to self regulate. But if you know you’re going to be nervous for a flight, for example, you can also think about what your music interventions are going to be ahead of time, in order to help prepare yourself.”

Using music proactively, it seems, can be a palliative measure in stressful situations. A thoughtfully curated playlist is not just entertainment, but a passive tool for stress relief.

An Essential Part of Our Lives

“Music is a very powerful non-verbal means of identifying and expressing feeling without it being overtly cognitive,” Turry points out when I specifically ask him about kids and emotional regulation through music therapy. Music and mental health are intimately connected. “It creates a mood and a sense of something, and it’s a sensory experience. It’s really tapping into all aspects of being a human being.”

“So can music actually save lives?”

“It always has,” Turry asserts.

“It’s in the bible– David playing for Saul. There’s no question. Music helps people who are feeling suicidal– I saw that working at a psychiatric hospital,” he continues. “The goal of music therapy isn’t to get people into music after therapy, but that’s often what happens.”

Listening to and making music helps people realize that music is not only something that they want in their lives– it’s also something they need. Whether listening to Drake singing, “I’m all alone…/ I need shelter from the rain, to ease the pain” or watching a Beyoncé music video about feeling “jealous or crazy,” music plays an essential role in our lives, even when it’s merely entertainment. A well-timed song is a reminder of what is at stake, and has the capacity to assure even the most jaded listener that they were never really alone in the first place.

Related: This is “The Most Calming Song In the World”, According to Neuroscientists.