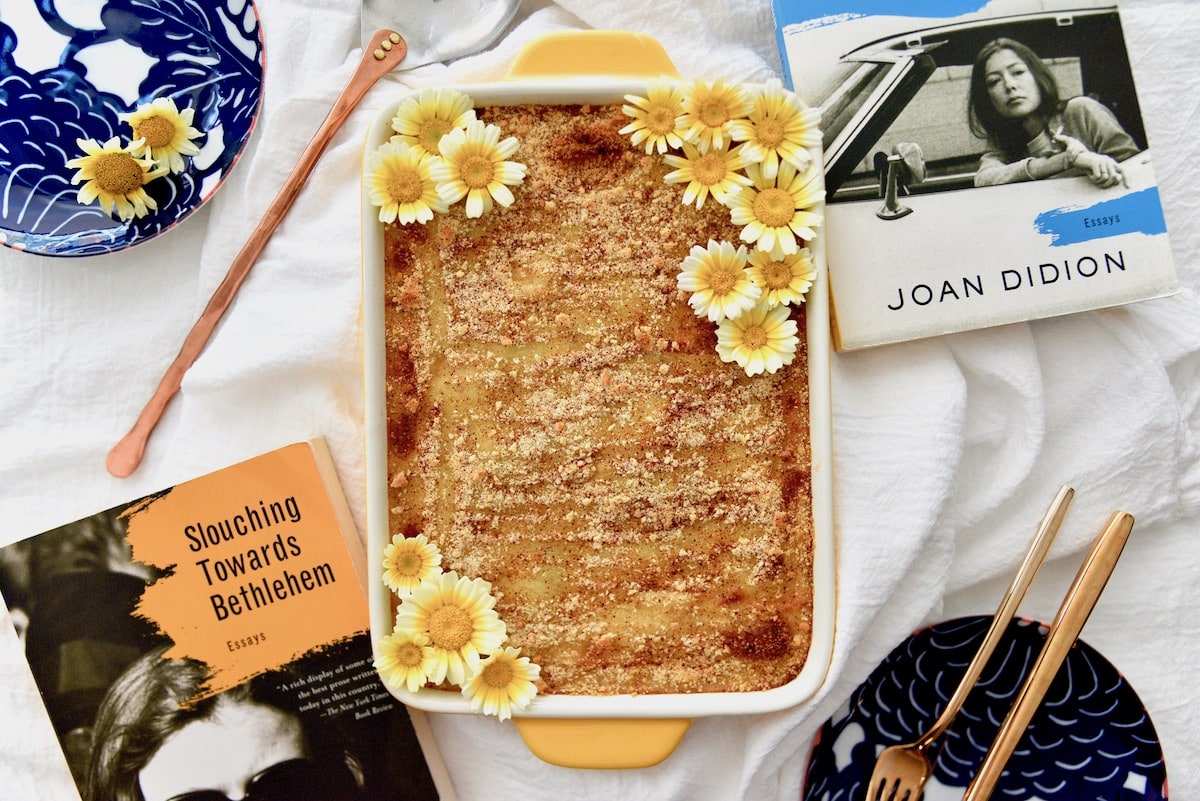 It’s hard to find good artichoke recipes out there, but Joan Didion’s artichokes au gratin recipe is a real keeper. Even if it weren’t the literary icon’s own recipe, I’d still love it. It’s creamy, rich, simple in the way that all cooking was in the 1970s, and delicious– a crowd pleaser that can simultaneously be made keto or gluten-free. The ingredients are cheap, the cook time is only 15 minutes, and it tastes even better the next day. What’s not to love?

This specific recipe for Artichokes au gratin is based on a hand-written note card that belonged to Joan Didion. Beloved as she was for her writing, Joan was also a fabulous cook, effortlessly seasoned in the way that only a shrewd culture observer can be. We chose to play with her artichokes au gratin recipe because you don’t really see this item on menus anymore. But in the 1970’s, it was considered the pinnacle of fine dining, de rigueur at holiday gatherings and chic dinner parties.

Because of the heaviness of the cream and cheese, we recommend serving this as a winter dish– it’s perfect for holiday meals (again: its super hearty and easy to make). If you aren’t Slouching Towards Bethlehem after eating it, you’ll for sure be slouching towards the couch. (Sorry, I had to.) This is comfort food at its finest: rich, sophisticated, and suffused with an indescribable feeling of home. Much like Joan’s writing! 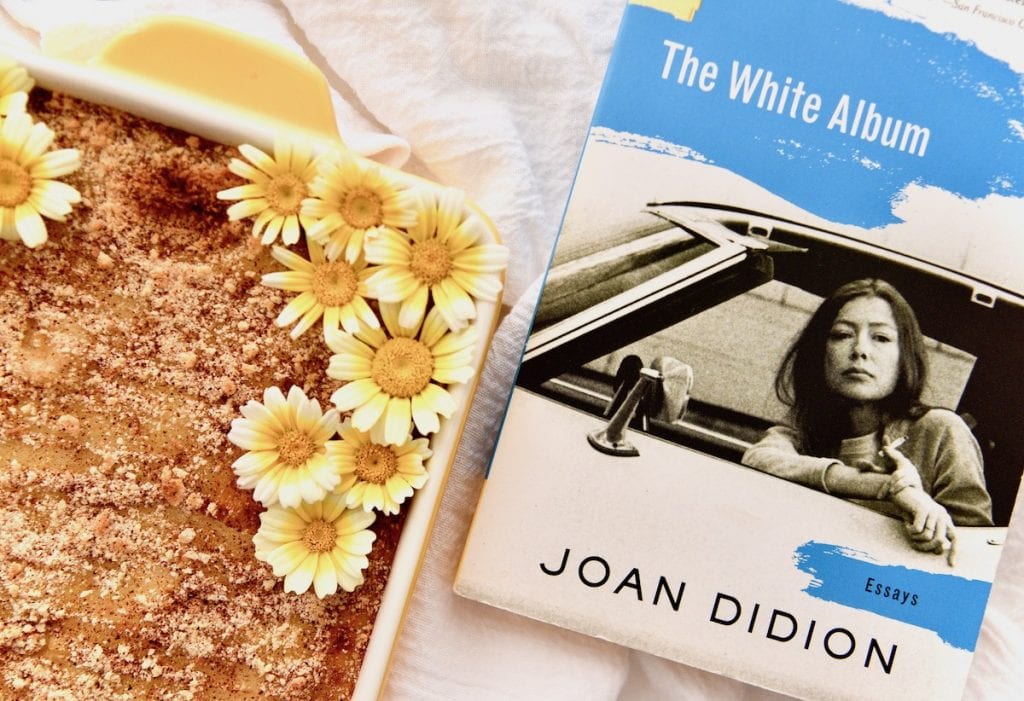 “We tell ourselves stories in order to live.”– Joan Didion