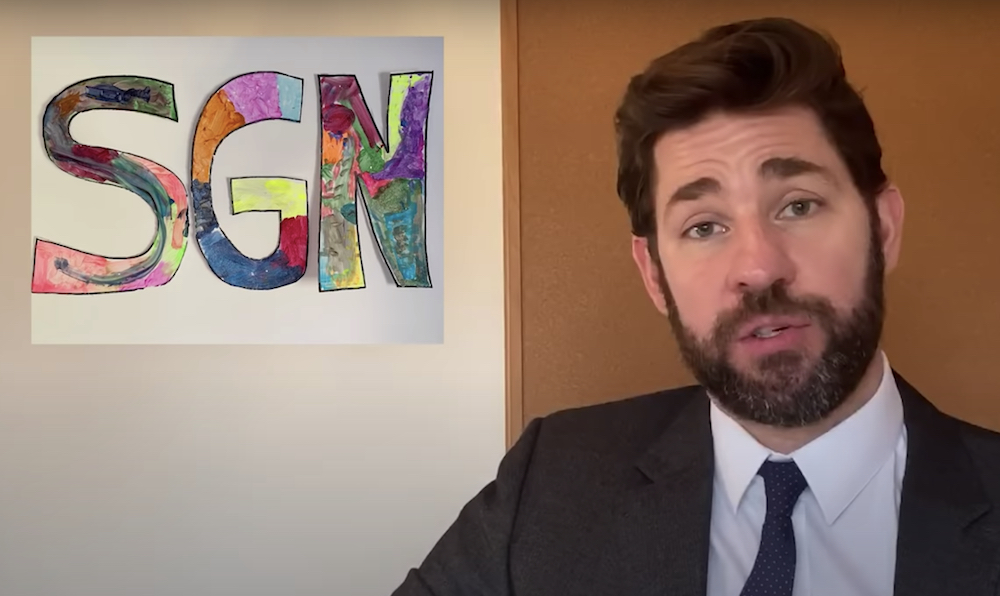 Desperately seeking some good news, John Krasinski recently put out a call on Twitter in which he asked fans to tell him what was inspiring them at the moment. Some very good news ensued.

The beloved actor was so moved and overwhelmed by the enthusiastic responses that he cobbled them together in a new video series now called “Some Good News”, which swiftly took off on YouTube. Watch the video that started it all, below.

“For years now, I’ve been wondering, ‘Why is there not a news show dedicated entirely to good news?'” he said in the first episode of Some Good News.

“Well, desperately seeking my fix somewhere else, I reached out to all of you this week, asking– nay, begging– for some good news. And boy, did you deliver.”

We could all use some more good news in the world, so the appeal of the resulting videos speaks for itself. The show has only existed for a few weeks and already it has over 2 million subscribers.

Krasinski is even being hailed as “America’s New Dad” due to the wholesome nature of Some Good News. Just be sure to have some tissues on hand when you watch it! (Don’t worry, we’re only happy-crying.)

Watch the first and most popular episodes of John Krasinski’s Some Good News, below. (We’ll also update this post periodically as new gems become available.) Have a great week!

Featuring around-the-world footage of people honoring COVID-19 healthcare workers, as well as an interview with Steve Carell to celebrate the 15th anniversary of The Office.

(^ We love that Krasinski breaks out the old Boston accent when talking about a man in Maine who bought 100 lobsters to deliver to his neighbors.)

(^ In this episode, Krasinski gives a shout-out to his Polish roots. “I love your recipe,” he tells one Polish fan who shared her great grandmother’s pierogi recipe, before introducing her to Martha Stewart live on Zoom. “I’m a pierogi fanatic!”)

(^ The essential worker serenading the 94-year-old for her birthday is so touching! Also, it’s worth paying attention to what the astronaut says: “An Earth in crisis is still an Earth worth returning to.” Moving words worth remembering, indeed.)